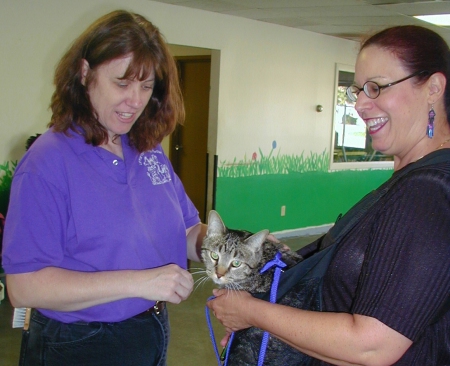 Brenda evaluating a cat for a Pet Partners evaluation

In Memory of Brenda Wood

This year, LAPP is dedicating the 24th Annual Doggie Olympics to the memory of Brenda Wood, an original member of LAPP. Brenda loved all animals especially dogs, birds, and rabbits. She always had dogs as Pet Partners. But at one time, she had a Cockatoo, named Jesse, who would volunteer with her at Crossroads Safehouse. Dogs liked volunteering with her there, because the bird would eat the center of a pea and spit out the outside of the pea – a delightful treat for the therapy dogs.

Brenda held various positions on LAPP’s steering committee including evaluation coordinator and treasurer. She was an integral volunteer for Doggie Olympics often judging the obstacle course, organizing the sponsor door prizes, creating T-shirt designs, and providing lots of other support. Brenda was also a Pet Partners Evaluator which allowed LAPP to provide quarterly evaluations for the Northern Colorado area. As an evaluator, she was always kind, positive, and supportive. 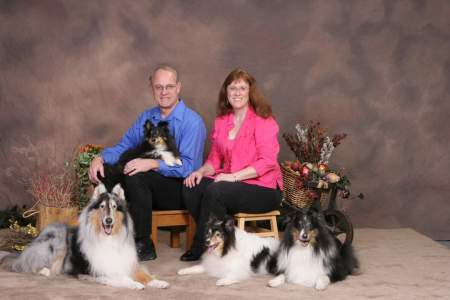 Brenda with her husband, Gary, and dogs left to right, Frolic, Rolan (on Gary's lap) Chandree, and Zecki.

Outside of LAPP and Doggie Olympics, Brenda was very active in agility and was an instructor at Canine Learning Center.

Brenda will be truly missed.

To become a sponsor, please visit our sponsor page.

Learn about Doggie Olympics entry levels and events to help prepare for the games.

The Doggie Olympics is the annual fundraiser for Larimer Animal-People Partnership (LAPP), an all-volunteer nonprofit 501(c)(3) organization. LAPP is an umbrella organization for animal therapy teams registered through Pet Partners or Alliance of Therapy Dogs.

LAPP does not charge for its services. Proceeds from the Doggie Olympics help LAPP's animal therapy programs and LAPP promote the importance of the human-animal bond throughout our community. 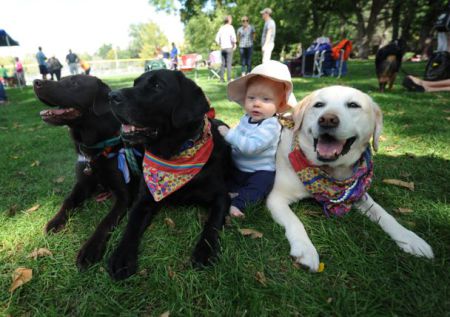 Every year at the Doggie Olympics we meet many amazing dogs and handlers who would be a great fit for pet therapy. Contact us at info@colapp.org to learn more about pet therapy and how you can volunteer with your pet.

Make a Donation to LAPP